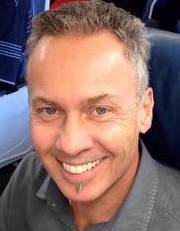 Terry Boling is a practitioner, builder, and educator.

His award winning practice of design and fabrication work has been published in I.D. Magazine, Architecture Magazine, Dwell magazine, and in Architecture Record’s “Archrecord2” section, “for and about the emerging architect”.
In 2016, Artichoke, an addition and renovation to a historic building in OTR, won an AIA Cincinnati Honor award.
Several projects were also featured in an internationally published monograph titled “Young Americans- New Architecture in the USA”, which was exhibited at the Deutsches Architekturmuseum in Frankfurt, Germany in 2007.

As in his own practice, his pedagogic focus is centered on questions of material research, technique, and fabrication. Terry’s work with students is featured in a chapter of the new book “DesignBuild Education”, edited by Chad Kraus. The Louder Than a Bomb designbuild project won a 2015 AIA Cincinnati Design Award for Architectural Advancement.