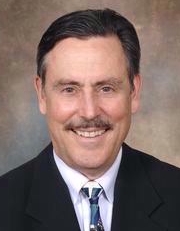 Michael Dourson is Professor in the Risk Science Center (formerly the Toxicology Excellence for Risk Assessment Center) at the University of Cincinnati, College of Medicine.  He also founded and led the nonprofit Center’s predecessor of 21 years, also called TERA. Prior to directing TERA, he worked for 15 years in the U.S. Environmental Protection Agency in numerous leadership positions.  He has won several awards including 4 bronze medals at EPA, the Arnold J. Lehman award from the Society of Toxicology, and the International Achievement Award by the International Society of Regulatory Toxicology and Pharmacology.  He has also been elected as a Fellow of the Academy of Toxicological Sciences and as a Fellow for the Society for Risk Analysis.  Dr. Dourson has co-published more than 150 papers on risk assessment methods or chemical-specific analyses.  He has co-authored well over 100 government risk assessment documents, many of them risk assessment guidance texts.  He has made over 150 invited presentations to a variety of organizations, and has chaired over 150 sessions at scientific meetings and independent peer reviews.  He has been elected to multiple officer positions in the American Board of Toxicology (including its President), the Society of Toxicology (including the presidency of 3 specialty sections), the Society for Risk Analysis (including its Secretary), and is the President of the Toxicology Education Foundation, a nonprofit organization with a vision to help our public understand the essentials of toxicology.  In addition to numerous appointments on government panels, such as EPA’s Science Advisory Board, he is also a member on the editorial board of Regulatory Toxicology and Pharmacology, Human and Experimental Toxicology and Toxicology Sciences.

B.A., Wittenberg University Springfield, Ohio, 1974 (Biology. As an undergraduate student I passed my senior exam in biology with distinction. During my education I also worked in Liberia, West Africa for 5 months with a missionary doctor on medical problems in that country and with the Peace Corps on growing experimental species of rice. In part from this experience, I decided to continue my professional education in the field of preventive medicine. )

Grant: #Numerous contracts, Investigators:Michael Dourson and Colleagues 1995 -2017 2/3 for Government 1/3 for Industry For a list of sponsors over 2% effort since 2010, see http://www.tera.org/about/FundingSources.html. Funding while at UC is for 2015-16 and found at http://med.uc.edu/eh/centers/rsc/about-us/funding Role:Principal Investigator over 20 million; Active Type:Contract Level:International

1992 -2007 AWARDS Selected continued; _____2007 Service to the Voluntary Children's Chemical Evaluation Program (VCCEP). Given for service as chair of external review panels. TERA, Cincinnati, Ohio. _____2003 Arnold J. Lehman Award. An award in recognition of major contributions to risk assessment and the regulation of chemical agents, including pharmaceuticals. Society of Toxicology. _____2002 Environmental Stewardship Award. An award issued in gratitude for serving on the C8 Assessment of Toxicity Team as a toxicologist in the development of toxicity factors and screening levels. West Virginia, Department of Environmental Protection. Award was based on a group effort. _____2000 Key Risk Award. Environmental Studies Topic. Links2Go. TERA’s International Toxicity Estimates for Risk (ITER) database won this award by being 7th most accessed environmental web site in the world. Award was based on a group effort. _____1998 Outstanding Risk Assessment Paper. Given for the outstanding published paper in risk assessment during 1997. Risk Assessment Specialty Section. Society of Toxicology. Award was based on a group effort. _____1995 In Appreciation. An award for outstanding service and scientific contribution to the Environmental Protection Agency and to United States Government. _____1994 Special Achievement. An award for noteworthy contribution as a member of the Risk Characterization Team towards an EPA-wide workshop on risk characterization. 1_____992 Bronze Medal. An award for outstanding service in the review of EPA's 503 Sludge Regulations. Award was based on a group effort. _____1992 OHEA Peer Award for Scientific Achievement. An annual peer award for scientific achievement in EPA's Office of Health and Environmental Assessment _____1992 RfD/RfC Work Group Appreciation Award. For sustained superior leadership of and scientific contributions to EPA's Reference Dose/Concentration Work Group. SOT Status:Recipient

1980 -1994 Various positions, _____ 1991-94 Chief. Systemic Toxicants Assessment Branch, Environmental Criteria and Assessment Office (ECAO), U.S. Environmental Protection Agency (EPA). I supervised scientists that prepared health assessment documentation and conducted risk assessment research for the EPA's Offices of Water, Solid Wastes and Air Quality Planning and Standards. _____ 1990-91 Associate Director, Environmental Criteria and Assessment Office. I directed scientific peer review, directed the development of research needs, coordinated ECAO's participation in research and development, and served as an expert in toxicology and risk assessment issues. _____ 1989-90 Chief. Pesticides and Toxics Team, Office of Technology Transfer and Regulatory Support, EPA. I supervised a group of scientists that supported the regulatory efforts of the EPA's Office of Pesticides and Toxic Substances. _____ 1986-89 Chief. Methods Evaluation and Development Staff, ECAO, EPA. I supervised a group that developed risk guidelines and EPA's Integrated Risk Information System (IRIS). I also served for two months each as a scientific advisor to the deputy administrator of EPA's Region 5, and as a scientific staffer in the policy office of the EPA's Office of Pesticide Programs. _____ 1985 Leader. Acceptable Daily Intake (ADI) Group, ECAO, EPA. I coordinated a group of scientists that developed health documentation for the EPA's interagency ADI Work Group. _____ 1984-85 Leader. Systemic Toxicant Assessment Group, ECAO, EPA. I coordinated a group of scientists that prepared health assessment documents for the EPA's Office of Water as per by Congressional legislation’s. _____ 1980-84 Staff Toxicologist, ECAO, EPA. I prepared a variety of health assessment documentation. During part of this time I also coordinated the office's efforts to develop health documentation for the EPA's Office of Solid Waste and Emergency Response as mandated by Congressional legislation., US Environmental Protection Agency, Cincinnati, Ohio

1995 -2015 Director and President, I led this nonprofit corporation in its mission to support the protection of public health by developing, reviewing and communicating risk assessment values and analyses, improving risk methods through research, and educating risk assessors and managers and the public on risk issues. TERA provided sponsors and the public with independent and objective opinions. TERA had approximately 20 staff and a budget of 3 million dollars. 1995-2008 Director of TERA. I founded and directed the scientific activity of TERA including research of new risk methods, development of risk documents, review of risk positions, and education of various groups on risk issues. Many collaborative efforts among government, industry, and environmental NGOs were established. The International Toxicity Estimates for Risk (ITER) and Alliance for Risk Assessment (ARA) were created. , Toxicology Excellence for Risk Assessment , Cincinnati, Ohio

1988-1989 Executive Potential Program, This program, sponsored by the U.S. Office of Personnel Management, provided me a host of executive experiences. It consisted of 25 days of classes, 2 two-month developmental assignments (see a brief description under employment during 1986-89), a one-week shadow of a senior executive, 3 executive interviews and an independent study on the different motivation techniques for employee performance of 4 western countries. , U.S. Office of Personnel Management, ,work occurred in several locations

1986-1987 Zenger Miller Supervision Course, This series of 25 training sessions taught me many useful techniques for my newly acquired task of managing and leading people. , US Environmental Protection Agency, ,Cincinnati, Ohio

My career to date has consisted of developing new methods for assessing potential human risk based on theoretical research, and creating risk assessment positions based on literature review and integration for hundreds of individual chemicals or mixtures.  This dual effort has resulted in over 150 peer-reviewed publications and invited presentations as enumerated (in part) on my curriculum vitae, and hundreds of government or industry risk documents available at different websites.  During this career, I have also had the pleasure of developing both scientific staff and organizations towards the vision of toxicology excellence for risk assessment.

Continuing my career at the University of Cincinnati’s Department of Environmental Health (DEH) would be spectacular.  Not only would the current work of Toxicology Excellence for Risk Assessment (TERA) be enhanced with the addition of scientific expertise, experience and contacts of DEH, but TERA’s work could also be parlayed by DEH to further extend its mission to improve the quality of life by identifying the mechanisms of disease and injury due to environmental exposures and genetic factors, and by developing effective methods of preventions and interventions.

More specifically, TERA would assist DEH in developing or reviewing human health risk assessments to improve public health, a significant part of both organizations missions. TERA would also assist DEH in providing opinion in areas of general toxicology and health risk assessment to interested federal and state scientists, lawyers and administrators, industry colleagues, other scientists and the general public.  Numerous publications and invited presentations would follow.  All of this activity, in turn, would solidify the foundation on which a school of public health might be built.

I am excited about the possibilities, and look forward to the future.  On a personal note, it will be rewarding to come back to the University of Cincinnati, College of Medicine.  This would allow me to pay back, in a small way, the training I received from the College in 1975 to 1980, where my dissertation research involved the mouse lung adenoma, carcinogen bioassay, publications from which appeared in the Journal of the National Cancer Institute.