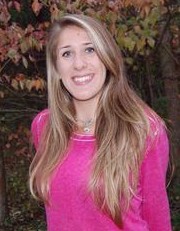 Sara holds a Master's Degree in Spanish and Latin American Literature and works at the University of Cincinnati as an instructor of Basic Spanish.

In addition to teaching, Sara employs her language skills as a freelance translator/ interpreter/ musician/ and creative writer.

Sara has an excellent understanding of Spanish and the cultures of the Spanish-speaking world. She has studied the language for many years, traveled to Spain, Argentina, Uruguay, and Chile, and worked with numerous professors and professionals from varied Spanish-speaking countries.

Sara W. Hutchinson (2013. ) Borges and the Internet .University of Cincinnati.