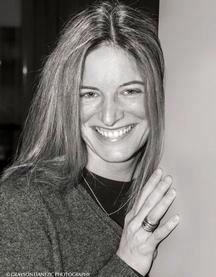 Dr. Samantha Krukowski joined the faculty of the School of Design at the University of Cincinnati in 2015. Since arriving, she has been instrumental in shaping the foundations curriculum for the School of Design and amplifying cross-disciplinary foundations efforts. In 2018, she co-chaired the National Conference on the Beginning Design Student (NCBDS) at DAAP, and bringing this conference to UC was one of her most significant efforts in bridging pedagogical approaches, curricular development, and foundations conversations across the College. Samantha pursued her MArch (Architecture) and PhD (Art History and Theory) at the University of Texas at Austin concurrently, finishing both degrees in six years and demonstrating her commitment to aligning history, theory and practice as well as to interdisciplinary research. Since that time, she has been on the faculty at both the University of Texas at Austin (where she developed an experimental media program for the Radio-TV-Film Department) and at Iowa State University (where she taught studios and seminars in the Department of Architecture and was heavily involved in curricular revisions for the first year CORE program.) Samantha teaches foundations studios and graduate seminars, as well as interdisciplinary courses, at the University of Cincinnati. Links between pedagogy, curriculum development and research have always informed her work: a studio she developed at Iowa State University, The Burning Man Studio, evolved into her edited volume Playa Dust: Collected Stories from Burning Man (Black Dog Publishing, 2014). She is currently working on a second edited volume about design pedagogy and foundational curricular practices that will include content from the 2018 NCBDS as well as other sources (Intellect Press, anticipated 2020.) In addition to writing, Samantha maintains an intermodal creative practice in which she explores the nature of objects and materials, the records of experience, the identity of place and the consequences of intervention. Her writing has focused on presence and absence in pictorial and spatial fields; rootedness and dislocation; utopias; time-based construction; the nature of creativity and the identity of the maker. Her experimental and painterly videos have screened at many national and international film festivals; her drawings, paintings and sculptural works have also been exhibited nationally and internationally. Originally from New York City, she has lived in St. Louis, MO, San Francisco, CA, Austin, TX, Ames, IA, and is now happy to call Cincinnati home.

2015 -To Present Associate Professor and Academic Coordinator for Foundations, School of Design, College of Design, Architecture, Art and Planning , University of Cincinnati,

Samantha Krukowski (1992. )Dubuffet and the Deculturation of Art, MA Thesis .

(2011. )Burning Man: The Order of Chaos .The International Journal of the Arts in Society, Common Ground Publishing

2003 Dean’s Fellowship, College of Communication, University of Texas at Austin