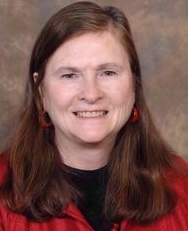 I am a  Professor within the Psychiatric Mental Health Nurse Practitioner Post-Master’s Certificate Program at the College of Nursing, University of Cincinnati. I was coordinator of the progrm from 2013-2017. I received  my undergraduate degree from the College of Mt. St. Joseph and my Masters and Doctorate degrees from the University of Cincinnati.  I served as faculty at the Department of Psychiatry, College of Medicine from 1986-2006 and worked for Central Psychiatric Clinic. I worked with students and residents from medicine, social work, nursing and psychology. I taught nursing at the College of Mt. St. Joseph for over ten years. I was Vice President of Clinical Services at the Hamilton County Mental Health and Recovery Services Board for seven years. I served as the Director of Central Clinic’s Mental Health Access Point (MHAP), the front door to access public mental health services in Hamilton County. I have been instrumental in obtaining local, state and federal program grants, including a $9 Million six year Substance Abuse Mental Health Services Administration (SAMHSA) grant for transitional age youth and a 2.7 Million interdisciplinarey two year training grant from the Ohio Department of Medicaid. I have been the recipient of numerous awards, including the Ohio Nurses Association Nurse Practice Award, Interact for Health Nurse Leadership Award and Dean's Excellence in Teaching Award. I have over thirty-five years of teaching, research, administrative, and/or clinical experience. In addition, I hold prescriptive authority as an advanced practice nurse in Ohio.