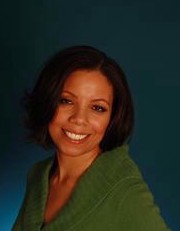 Furaha Norton specializes in twentieth century African American literature and how black writers define and represent the self in the context of contemporary affect theory, postcolonial theory, and moral theory. She is a recipient of a Ford Foundation Fellowship, and has written on Toni Morrison, Toni Cade Bambara, George Eliot, and Eavan Boland, among others. Before returning to academia in the Spring of 2010, Dr. Norton worked for nearly a decade as an editor at Oxford University Press, Vintage/Anchor Books, and The New Press. While at Oxford Dr. Norton assisted in the publication of many acclaimed works of history, including three New York Times bestsellers and a Pulitzer Prize winner, and she acquired two award-winning books, Scott Nelson's Steel Drivin' Man: John Henry, the Untold Story of an American Legend (2006) and Paul Collier's The Bottom Billion: Why the Poorest Countries Are Failing and What Can Be Done About It (2007).

AB with honors: University of Chicago 1993