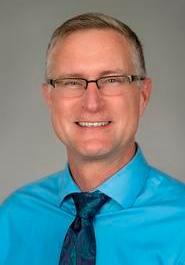 Dr. Paul C. Lewis, Associate Professor in Nursing, received his PhD from the University of Kentucky where he specialized in tobacco cessation. He completed a distinguished 30-year career in the military where he served as a clinician, leader, and research scientist. He now teaches courses in nursing leadership in the College of Nursing. He teaches across programs and to both undergraduate and graduate students the fundementals of leadership.

Dr. Lewis is an accomplished and easy-going professional with experience across clinical, leadership, and research realsm which results in a clinically-based critical mind always seeking improvement or investigating new solutions when necessary. Dr. Lewis is a proven scientist with a history of federal grant funding in tobacco research and numerous publications over various topics.

Bachelor of Science in Nursing: University of Maine Orono, ME, 1987

2011 -2015 Assistant Professor, Faculty in the PhD program. Developed curricula, courses, and lectures, created examinations, and taught clinical, research, and combat field training courses for both the PhD and DNP programs. Personally selected by University President to be the Army Senior Service Advisor to advise the President of the University on Army matters, work in conjunction with the Brigade Commander for Army issues, guide and mentor all Army officers and enlisted soldiers attending the university.,

Lewis PC (2016. ) Clinical Assessment: Have You Ever Served? .Military Culture: Have you ever served? Conference , Univerisity of North Carolina at Charlotte NC. Level:State