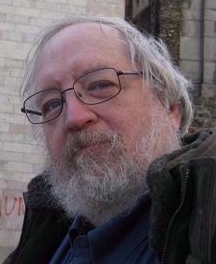 Professor Lause grew up in a small blue collar community and worked his way through college during the 1960s and 70s.  His academic interests seemed to center naturally on the history of class and social movements in the United States.

Lause has done extensive work in nineteenth century labor and social history, including numerous articles in academic journals and reference material.  His initial work focused on early printers to discuss the origins of an American labor movement: “Some Degree of Power”: From Hired Hand to Union Craftsman in the Preindustrial American Printing Trades, 1778-1815. (Fayetteville: University of Arkansas Press, 1991) documented the first generation of unionists in that craft.

Lause’s subsequent work has sought new ways of examining and understanding the sectional crisis and the Civil War "from the bottom up."  He argued for the complexity of the Republican and Unionist coalition—before and after—in Young America: Land, Labor, and the Republican Community (Urbana IL: University of Illinois Press, 2005) on the antebellum land reform movement and The Civil War's Last Campaign: James B. Weaver, the Greenback-Labor Party & the Politics of Race & Section (Lanpham, Md.: University Press of America, 2001). His Race & Radicalism in the Union Army (Urbana IL: University of Illinois Press, 2009) explores the wartime collaboration of blacks, Indians and whites in the Transmississippi under the leadership of those abolitionists, land reformers, socialists and others who had been associated with John Brown before the Civil War. The Antebellum Political Crisis & the First American Bohemians (Kent, OH:  Kent State University Press, 2009) discusses the cultural impact of escalating sectional and electoral pressures on antebellum radicalism.  His Price's Lost Campaign: the 1864 Invasion of Missouri (Columbia: University of Missouri Press, 2011) uses social and institutional history to cast light on the neglected Civil War expedition that largely closed the conflict west of the Mississippi River.  A Secret Society History of the Civil War (Urbana: University of Illinois Press, 2011) examines the importance of several clandestine, fraternal traditions as a means of understanding how ordinary citizens, including African Americans, struggled to shape their history.  The reorganization of the U of Missouri Press delayed the appearance of his book on the last part of the 1864 Missouri campaign, The Collapse of Price's Raid: the Beginning of the End in Civil War Missouri, but it should appear in the summer of 2015.  This will coincide with his Free Labor: the Civil War  & the Making of the American Working Class, the completion of a research project begun years earlier.  His book on spiritualism and the politis of the Civil War era is also due to appear.  Lause is also finishing a manuscript about the cowboy strikes of the 1880s.

In addition, Lause expects soon to submit The Last Republicans, a treatment of Giueseppe Garibaldi's republican internantional brigades in the Franco-Prussian War as the final gasp of an old ideal of republicanism.  He has also started a project on the related cantonal revolts of 1873-1874 in Spain. All of this is aiming at a general understanding of Reconstruction in the U.S. from a global perspective.

PhD: University of Illinois at Chicago 1985

Race & Radicalism in the Union Army. Urbana and Chicago: University of Illinois Press, 2009.
In this compelling portrait of interracial activism, Mark A. Lause documents the efforts of radical followers of John Brown to construct a triracial portion of the Federal Army of the Frontier. Mobilized and inspired by the idea of a Union that would benefit all, black, Indian, and white soldiers fought side by side, achieving remarkable successes in the field. Against a backdrop of idealism, racism, greed, and the agonies and deprivations of combat, Lause examines links between radicalism and reform, on the one hand, and racialized interactions among blacks, Indians, and whites, on the other.
Lause examines how this multiracial vision of American society developed on the Western frontier. Focusing on the men and women who supported Brown in territorial Kansas, Lause examines the impact of abolitionist sentiment on relations with Indians and the crucial role of nonwhites in the conflict. Through this experience, Indians, blacks, and whites began to see their destinies as interdependent, and Lause discusses the radicalizing impact of this triracial Unionism upon the military course of the war in the upper Trans-Mississippi.
The aftermath of the Civil War destroyed much of the memory of the war in the West, particularly in the Indian Territory (now Oklahoma). The opportunity for an interracial society was quashed by the government's willingness to redefine the lucrative field of Indian exploitation for military and civilian officials and contractors.
Assessing the social interrelations, ramifications, and military impact of nonwhites in

The Antebellum Crisis and America’s First Bohemians. Kent, OH: Kent State University Press, 2009.
Amid the social and political tensions plaguing the United States in the years leading up to the Civil War, the North experienced a boom of cultural activity. Young transient writers, artists, and musicians settled in northern cities in pursuit of fame and fortune. Calling themselves “bohemians” after the misidentified homeland of the Roma immigrants to France, they established a coffeehouse society to share their thoughts and creative visions. Popularized by the press, bohemians became known for romantic, unorthodox notions of literature and the arts that transformed nineteenth–century artistic culture.
Bohemian influence reached well beyond the arts, however. Building on midcentury abolitionist, socialist, and free labor sentiments, bohemians also flirted with political radicalism and social revolution. Advocating free love, free men, and free labor, bohemian ideas had a profound effect on the debate that raged among the splintered political factions in the North, including the fledgling Republican Party from which President Lincoln was ultimately elected in 1860.
Focusing on the overlapping nature of culture and politics, historian Mark A. Lause delves into the world of antebellum bohemians and the newspapermen who surrounded them, including Ada Clare, Henry Clapp, and Charles Pfaff, and explores the origins and influence of bohemianism in 1850s New York. Against the backdrop of the looming Civil War, The Antebellum Crisis and America’s First Bohemians combines solid research with engaging storytelling to offer readers new insights into the forces that shaped events in the prewar years.

A Secret Society History of the Civil War (Urbana: University of Illinois Press, 2011).

The Collapse of Price's Raid: the Beginning of the End in Civil War  Missouri
Originally intended to appear in 2014 for the sesquicentenniel.  Everything was ready for this but the need to reorganize the University of Missouri Press has resulted in bumping back the publication date repeatedly.

Free Labor: The Civil War and the Making of an American Working Class
Urbana and Chicago: University of Illinois Press, 2015.
National catastrophe and the evolution of the labor movement
Monumental and revelatory, Free Labor explores labor activism throughout the country during a period of incredible diversity and fluidity: the American Civil War.
Mark A. Lause describes how the working class radicalized during the war as a response to economic crisis, the political opportunity created by the election of Abraham Lincoln, and the ideology of free labor and abolition. His account moves from battlefield and picket line to the negotiating table, as he discusses how leaders and the rank-and-file alike adapted tactics and modes of operation to specific circumstances. His close attention to women and African Americans, meanwhile, dismantles notions of the working class as synonymous with whiteness and maleness.
In addition, Lause offers a nuanced consideration of race's role in the politics of national labor organizations, in segregated industries in the border North and South, and in black resistance in the secessionist South, creatively reading self-emancipation as the largest general strike in U.S. history.

Young America: Land, Labor, and the Republican Community. Urbana and Chicago: University of Illinois Press, 2005.
How working people's republican "free labor" ethos changed the national agenda at a crucial period in U.S. history
The National Reform Association (NRA) was an antebellum land reform movement inspired by the shared dream of a future shaped by egalitarian homesteads. Mark A. Lause's Young America argues that it was these working people's interest in equitable access to the country's most obvious asset--land--that led them to advocate a federal homestead act granting land to the landless, state legislation to prohibit the foreclosure of family farms, and antimonopolistic limitations on land ownership.
Rooting the movement in contemporary economic structures and social ideology, Young America examines this urban and working-class "agrarianism," demonstrating how the political preoccupations of this movement transformed socialism by drawing its adherents from communitarian preoccupations into political action. The alliance of the NRA's land reformers and radical abolitionists led unprecedented numbers to petition Congress and established the foundations of what became the new Republican Party, promising "Free Soil, Free Labor, Free Men."

Some Degree of Power: From Hired Hand to Union Craftsman in the Preindustrial American Printing Trades, 1778-1815. Fayetteville: University of Arkansas, 1991.

The Civil War's Last Campaign: James B. Weaver, the Greenback-Labor Party and the Politics of Race & Section. Lapham MD; University Press of America, 2001. Presidential campaign as the Greenback-Labor party candidate. In the course of its narrative of the campaign, this study describes a complex coalition with interdependent conservative, radical and pragmatic currents essential to a mass insurgency. This account of his active campaigning offers a new look at America's society, values and politics in the postwar Gilded Age.

Amos Gilbert, The Life of Thomas Skidmore (1834).  Thomas Skimore (1790–1832)—carpenter, teacher, scientist, writer, and printer—was a leader and theorist of the early American labor movement. His "Rights of Man and Property" (1829) called for the organization of the propertyless and near-propertyless to displace the existing government with a popular convention that would: expropriate the great fortunes of the day; harness the power of the developing industries for the common good; and establish a social and economic democracy. An early champion of equality for Indians, blacks, and women, he fearlessly defied the prejudices of his (and our) day. Excluded from the Workingmen's Party he had helped to found, Skidmore began, in 1830, his own group of "original Workingmen," the first organization in American history with the avowed goal of a workers' revolution. Amos Gilbert's biography of 1834, annotated with the results of new research, provides vital insights into a long-neglected forerunner of American labor militancy and into the struggles he pioneered. This hand pocket edition is introduced, annotated, and edited by Mark A. Lause, with "Appended Selections" from Skidmore's "Rights Of Man To Property!"

Shades of Civil War: Spiritualism, Repoublicanism, Radicalism.  University of Illinois Press, forthcoming.  This book describes the emergence of mid-nineteenth century spiritualism alongside the insurgency that created the Republican Party, and uses each to explore the other.  Book contract for some time, and has been in line for printing for a while now.

Mark Lause (06-16-2015. ) The Great Cowboy Strike of 1883: Class War in the Wild West & the Reconstruction of Power in the Texas Panhandle .Barcelona. Conference. Level:International

Mark Lause (11-09-2012. ) The Red and the Black: the Diverse Roots of the First International in America .London UK. Conference. Level:International