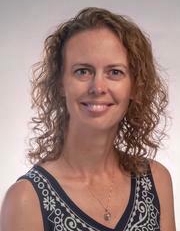 View full website, including publications and information about current writing projects, at http://sarahstitzlein.wix.com/portfolio

I am a Professor of Education and Affiliate Professor of Philosophy at the University of Cincinnati.  I am also President of the John Dewey Society, Co-Editor of the journal, Democracy & Education, and Co-Director of the Center for Hope & Justice Education. As a philosopher of education, I use political philosophy to uncover problems in education, analyze educational policy, and envision better alternatives.  I am especially interested in issues of political agency, educating for democracy, and equity in schools.
​
My previous book, American Public Education and the Responsibility of Its Citizens: Supporting Democracy in an Age of Accountability (Oxford University Press, 2017), responds to the increasing hostile climate toward public education, especially in the era of school choice and lingering neoliberalism.  It argues that citizens should support public schools as a central institution of democracy. My 2014 book,Teaching Dissent: Citizenship Education and Political Activism, investigates the role of political dissent in citizenship education.  My 2008 book, Breaking Bad Habits: Transforming Race and Gender in Schools, draws upon American pragmatism and feminist poststructuralism to offer teachers pathways out of persistent hierarchies of race and gender in schools.
​
My most recent writing projects, describes the state of civic reasoning and discourse for the National Academy of Education.  It describes the philosophical underpinnings of such civic work and how we might better prepare students for it through schools and universities.  I also prepared a commissioned report on the future of education for the United Nations Educational, Scientific, and Cultural Organization (UNESCO).

My latest book Learning How to Hope: Reviving Democracy through Schools and Civil Society (Oxford University Press, 2020), responds to current struggles in democracy.  It explains what hope is, why it matters to democracy, and how we can teach it in schools, universities, and civcil society.  The book received an open access grant making it free for all to download. The project was supported by the Templeton Foundation, the Spencer Foundation, the Society for the Advancement of American Philosophy, and the Center for Ethics & Education. The book has been the topic of the Bode Lecture at Ohio State University, the Wolfe Lecture in American Politics at Boston College, the Life of the Mind Lecture at the University of Cincinnati, a keynote address to the Association of Teacher Educators, a speech at the Carsey Center of Public Policy, and an invited talk at Goethe University in Germany.

I have received the University of New Hampshire Outstanding Professor award and the University of Cincinnati Distinguished Teaching and Golden Apple awards.  I am also the recipient of the American Association of University Women Postdoctoral Research Fellowship and the National Endowment for the Humanities Teaching Development Fellowship.

The overarching goal of my scholarship is to make schools more just and equitable places for all students and teachers.  My work centers on two themes: educational equality and education for democracy.  These themes similarly stem from my commitment to diversity within democratic societies and are united by a central concern with political agency.  Political agency involves knowledge, skill, and activity, and is enacted to ensure that one’s well-being is justly considered in political and civic matters.  It is a product of good democratic education and is a tool employed in the struggle for educational and social equality.  My scholarship in the area of educational equality is aimed at understanding how inequality occurs and offering directions for alleviating it.  The most longstanding aim of education in America is the preparation of citizens who sustain and improve democracy.  My research strengthens this venerable tradition by investigating aspects of democratic life that are particularly important for teachers and students to cultivate in schools today.  My publications intervene in current discussions regarding the implications of changing curricula, transformative efforts of social justice education, and political underpinnings of educational policies.

2017 - Professor of Education, Affiliate Faculty in Philosophy, University of Cincinnati,

2011 Center for the Humanities Faculty Fellowship