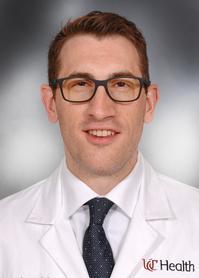 Personal Statement
I was a freshman walk‐on without a scholarship, trying out for my hometown team. When I earned my spot, I started a five‐year journey of countless races, long runs and social gatherings with a group of like minded people. We were all working toward similar goals of breaking school records, qualifying for high‐end races and bringing academic and athletic success to our school. When I applied to medical school, I realized how much running had influenced my leadership, work ethic and motivational drive. I aim to become the best internist that I am capable of, and am entirely thankful of the countless friends, colleagues and mentors that have contributed to my success.

Why I Chose Cincinnati
When I was looking at IM programs during 4th year, I honestly had no idea what city or program I wanted to apply to. I decided to look at the websites of academic programs all over the country, focusing on locations I knew about or had visited before. Fortunately, I did one race in Cincinnati my senior year of track at the University at Buffalo. We had a great time, ran well and I remember thinking that this was an awesome city. When searching, all the websites sounded the same, until I decided to google the University of Cincinnati’s program. The commitment to resident education here was obvious, and the training seemed one‐of‐a‐kind. I had to apply. A few months later, when I received an interview invitation, it already started feeling right. On interview day, only my second time visiting this city, I knew it was the one. Dr. Warm and his residents really got me excited about becoming a new physician. I decided to go for it. Match day came around and I think I was the happiest person in the room.