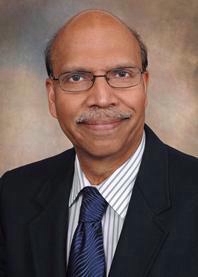 Dr. K.P. Ananth (Ananthapadmanabhan) is a professor and the director of the Cosmetic Science Programs at the James L Winkle College of Pharmacy at the University of Cincinnati.  Ananth obtained his B. Tech from Indian Institute of Technology in Mumbai in 1974.  He obtained his MS and D. Eng. Sci. degrees in 1976 and 1980 respectively from Columbia University in New York, specializing in surfactants and colloids.  Ananth spent 3 years as a post-doctoral fellow and adjunct faculty at Columbia University and then joined Union Carbide Corporation, at their Surface Chemistry Skill Center in Tarrytown, New York.  In 1990, Ananth moved to Unilever R & D, initially in Edgewater, NJ and then in Trumbull CT and spent the next 26+ years in various capacities in the personal care area including leading their longer-term skin cleansing research.  He is an author/co-author in 125+ publications and 35+ patents.  He also co-edited a book titled, “Interactions of surfactants with polymers and proteins: with Dr. Desmond Goddard.  Career achievements include Unilever's Lifetime Achievement Award for Contributions to Science in 2016.  After retiring from Unilever in 2016, Ananth joined the College of Pharmacy as a professor and director of their Cosmetic Science programs.