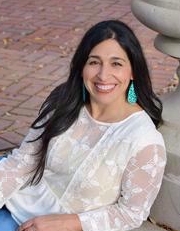 Ursula H Atisme is a PhD student at the University of Cincinnati.  She holds a Master of Art in Latin American Studies from Brigham Young University, and a Bachelor in Spanish Teaching from the National University of La Plata, Argentina.  In the past, she taught Spanish at the university, Middle and High School levels.  Her teaching experience includes both literature and grammar, as well as curriculum development. Her main research interests are: Latin American contemporary literature, Argentine contemporary novel and Meta-fiction.

Master of Art in Spanish: Brigham Young University Utah, US, 2005