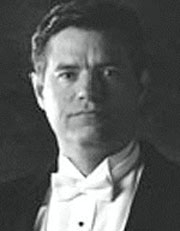 During the past 22 years as a CCM voice faculty member, tenor Thomas Baresel has also been Artist-in-Residence at the Bay View Music Festival, and a visiting faculty member at both Boston University and the Ohio State University. Baresel has also served as faculty coach for the Grandin Festival and co-founded, co-directed and taught voice for Rising Star Singers, Inc. He has performed throughout the United States, Germany, Austria and Japan in opera, operetta, musical theatre, concert and oratorio, and he has been a soloist under the batons of James Conlon, Murray Sidlin and Robert Shaw.

Baresel is also quite active outside the profession as a Certified Flight Instructor, a USA Swimming Referee and he and his wife, Laura, have competed as amateur ballroom dancers. They have one daughter, Taylor.