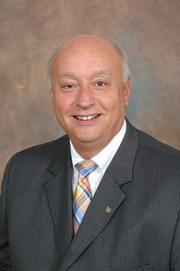 Nick Barsan was a market pharmacy director for Walgreen Co., the nationwide drugstore chain headquartered in Deerfield, IL. He iwas responsible for leading Walgreens pharmacy operations for nearly 250 locations in the Ohio market. NIck retired On January 31, 2015 after working 36.5 years with Walgreens. He previously worked 7 years for an independent pharmacy while attentding pre-pharmacy and pharmacy school.

Barsan joined Walgreens in 1978 as a pharmacy intern. During his tenure, he has held various leadership positions, ascending from pharmacist to pharmacy manager in Ohio. He was promoted to pharmacy supervisor in 1987 in Ohio, and was named to the Market Pharmacy Director position in June, 2009.

Barsan earned a Bachelor of Science from the University of Cincinnati.