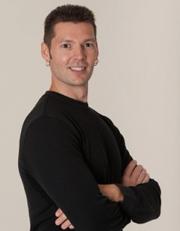 Steve Beirens started his studies at the age of 12, at The Royal Ballet School of Antwerp, Belgium, under the direction of Jos Brabants. Beirens also worked with The Royal Ballet of Flanders, directed by Valery Panov. Following graduation, Beirens danced for one season with Le Jeune Ballet de France. In October 1995, he joined The Joffrey Ballet of Chicago, under the direction of Gerald Arpino, as a principal dancer. From January 2001 through December 2005, Beirens worked as a guest dancer and coach in numerous companies across the United States.