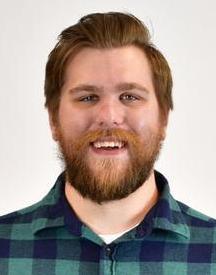 David Berning is a Senior Front-End Engineer at WDTech. As a senior member of the team, Berning is responsible for planning and executing front-end design systems as well as creating user interfaces for various web applications.

He graduated with an Associate's of Applied Science in 2013 from UCBA and a Bachelor's of Fine Arts from CCM in 2015. Since graduation, Berning has published two books and a tutorial series covering New Media technologies of CSS and JavaScript.

Dave Berning (2021. ) How to Develop Websites With Vue.js . Digital Ocean

2018 -2018 Top Caliber Award I was part of the IT team that received the Top Caliber Award for Outstanding Performance. This was given to the reflect the hard work that the software development team put in to the various "90th Anniversary" projects. Status:Recipient Level:Professional Org. Type:Recognition

04-26-2022-12-13-2022 Certificate in Python Programming, This is a three-course certificate program, where students will gain a thorough understanding of major Python libraries. In addition, students gain standard programming styles and idioms. Throughout the course, students will explore different aspects of network-based programming with Python, including web applications, and dig into larger systems development issues and advanced topics. Additional topics include, unit testing and PEP8 compliance., University of Washington, , Seattle, WA (remote)