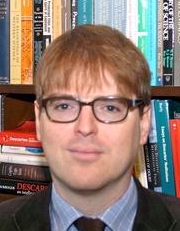 When not an academic, I work on web-related projects or code, compile, and generally make a mess with programming languages. My computer concerns mirror my academic concerns: I like thinking about how knowledge is organized in the computer age, and spend way too much time exploring database and information management technologies.

Ph.D.: University of Pittsburgh 2008 (History and Philosophy of Science)