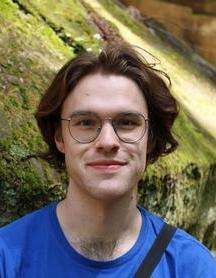 Graham Braun is a first year PhD student in Aegean Prehistory. He holds a B.A. Honours from the University of Victoria and an M.A. from the University of British Columbia, where he wrote an M.A. thesis entitled 'Evaluating Entanglements at Middle–Late Bronze Age Phylakopi: A Space Syntax Approach to the Pillar Rooms Complex and LH IIIA Megaron'. His research centres on the archaeology of Bronze Age Aegean/Mediterranean architecture and he is particularly focused on how architectural theory and environmental psychology can be utilized to understand built environments uncovered in the archaeological record. This has also led to an interest in tools for the digital mapping and analysis of buildings, sites, and landscapes including GIS, Depthmap, and geophysical survey methods. Graham holds further research interests in cultural entanglement as it can be identified in archaeological evidence, Greek history and historiography, and the development of archaeological thought.

Graham has worked as a trench supervisor and geophysical surveyor with the Eastern Boeotia Archaeological Project at ancient Eleon and as an excavator with the Anavlochos Project in eastern Crete.

M.A.: University of British Columbia Vancouver, BC, Canada, 2022 (Classical and Near Eastern Archaeology)

Braun, G.C. and Engstrom, J.M. (2022. ) Lead figurines from the sanctuary of Artemis Orthia at Sparta in the Art Gallery of Greater Victoria (Canada): problems of typology and collections history.Annual of the British School at Athens, , 117 , More Information