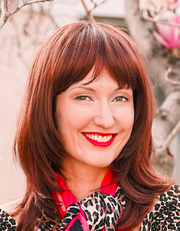 Shelina Brown’s research engages with experimental vocal practices within countercultural music scenes. Shelina’s dissertation project focused on Yoko Ono’s extended vocal techniques of the late 1960s and early 1970s that came to influence a range of counter-hegemonic vocalists throughout the late twentieth century. Currently she is in the process of developing her dissertation into a book project centering Yoko Ono as a nodal figure in the history of women in punk and experimental music.

Shelina has presented papers at annual meetings including the Society for Ethnomusicology, the American Musicological Society, the International Association for the Study of Popular Music, the Association for Asian Studies, and the Experience Music Project.

A long-time participant in underground and independent music scenes in Los Angeles, Shelina continues to be active as a performer and recording artist.

Shelina Brown (2022 ) "A Witch’s Guide to the Underground: Sixties Counterculture, Dianic Wicca and the Cultural Trope of the Witchy Diva" The Witch Studies Reader .

Shelina Brown (2022 ) "The World is Mine: Queer Affective Horizons in the Vocaloid Pop of Hatsune Miku" Singing Out: The Musical Voice in Audiovisual Media .