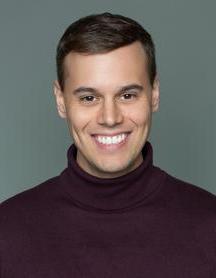 Eric currently works as the Assistant Company Manager and Management Associate at Cincinnati Playhouse in the Park. He is the former Associate Artistic Director and Company Manager at The Children's Theatre of Cincinnati and a transplant from New York City, where he worked in commercial theatre and live entertainment.

Before moving to Cincinnati he worked in the Broadway casting office of Stewart/Whitley where he assisted on the Broadway productions of On The Town, Chicago, Natasha, Pierre and the Great Comet of 1812 (starring Josh Groban) as well as the national tours of Bullets Over Broadway, Once, Shrek, Into the Woods and Elf, The Last Night of Ballyhoo, and The Forgotten Woman at Bay Street Theatre, AIDA Cruise Lines and West Side Story (starring Skylar Astin) at Carnegie Hall. He was responsible for expanding the talent search on London's West End for Royal Caribbean Cruise Line's productions of We Will Rock You, Cats, Saturday Night Fever, Mamma Mia! and Grease.

Additional casting credits include work at the Roundabout Theatre Company/Jim Carnahan Casting, assisting on the Broadway productions of Once, Matilda, and Anything Goes. Eric served as a choreographer and assistant director at Interlochen Summer Arts Camp for two summers, and has served on panels and taught master classes for Broadway Artists Alliance, Actors Connection, Students Live, and The Growing Studio in New York City. He holds a Bachelor of Fine Arts in Musical Theatre and a Minor in Management from Wright State University.