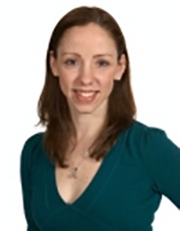 Heather Cameron-Johnson began her professional training at the Orlando Ballet School and danced as an apprentice with their affiliated company before leaving to join the Orlando City Ballet at the age of 17. Under the direction of Béatrix Aldana, Cameron-Johnson danced a number of principal and soloist roles in the classical repertoire and in contemporary choreographies during her 12 years at OCB. As a student, she trained with many highly respected teachers from around the world, including Luba Gulyaeva, Nonna Jestovskaia, Xiao Mi Li, Victoria Schneider and Cynthia Roses-Thema, and she has had many opportunities to pass on their wisdom since she began teaching in 1992. She has taught at the School of Orlando City Ballet, Orlando Ballet School and Cincinnati Ballet, among many others. Cameron-Johnson also served as an associate artistic director and ballet mistress for Orlando City Ballet, choreographing and staging pieces, as well as coaching dancers for performances. A graduate of New York University’s Tisch School of the Arts, Cameron-Johnson earned an M.F.A. in Dance Performance and Choreography in 2008. She also holds a B.A. in English from Smith College, where she performed with the Five College Dance Consortium in western Massachusetts.