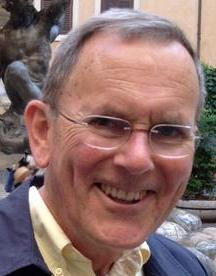 Thomas H. Carpenter is Distinguished Professor of Classics, Emeritus at Ohio University, where he taught from 1997- 2018. At OU, as the Charles J. Ping Professor of Humanities, he was Director of the Ping Institute for the Teaching of the Humanities and served as chair of the Department of Classics and World Religions for five years. From 1986 to 1997 he taught in the Center for Programs in the Humanities at Virginia Tech. Prior to his university teaching, he taught at Groton School in Massachusetts and served as headmaster of St. Stephen’s School in Rome. He holds degrees from Johns Hopkins (BA), Harvard (MTS) and Oxford (D.Phil.) At Oxford he served as chief research officer in the Beazley Archive (1982-86) and edited Beazley Addenda2. In addition to numerous articles and reviews, he published Dionysian Imagery in Archaic Greek Art (Oxford, 1986); Art and Myth in Ancient Greece (T&H, 1991), which has been translated into six languages; Masks of Dionysus, with Chris Faraone (Cornell, 1993); and Dionysian Imagery in Classical Athens (Oxford, 1996). His recent work has focused on the Italic people of 4th Century BCE Italy, and he co-edited, with Kathleen Lynch and Ted Robinson, the first book in English to focus on these people The Italic People of Ancient Apulia: New Evidence from Pottery for Workshops, Markets and Customs (Cambridge, 2014)