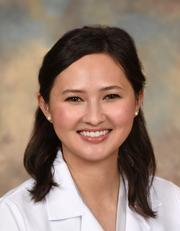 Personal Statement
A female patient presented to the office with a swollen lymph node. She was accompanied by her husband and had been a patient of my preceptor for years. In my initial conversation with her we discussed her previous two cancer diagnoses – how she was now in remission, how every night her husband helped her wrap her edematous arm that had resulted from her surgery, and how blessed she felt. In my naivety and inexperience, I was not worried about her lymph node – she appeared so happy and healthy, I subconsciously willed her to be so. However, as my preceptor performed an ultrasound of the lymph node, the subtle concern on his face was obvious to me. A few days later, I listened to the voicemail from the pathologist alongside my preceptor as she said the words “radiation-induced sarcoma…aggressive… poor prognosis.” I spent the next few days reading about the pathogenesis of sarcoma, radiation-induced malignancies, what genetic abnormalities may have predisposed her to getting cancer multiple times, and novel treatment protocols. While this was all very exciting and fascinating to me, I could not help but be haunted by the ever-present reality that behind all of the literature searches and thought-provoking discussion was a woman who had faced this grim news twice before in her life. The image of her husband quietly crying in the exam room lingers in my mind. I have thought of them countless times in the weeks and months since.

Why I Chose Cincinnati
UC’s unique evidence-based training approach was what initially drew me to the program led me to apply for an away rotation. I was fortunate enough to spend a month rotating at UC during my fourth year and never wanted to leave. I was confident that I had found the place I wanted to be. I was seeking to train at a program where my peers and teachers would challenge me, encourage me, and lead by example – I found that and more at UC. The residents and attendings exemplified the type of physician I hope to become. Beyond the amazing people and culture, UC’s unique components like academic half-day and long block also drew me to the program. Overall I could not have imagined a better fit for myself and am thrilled to join to UC family!