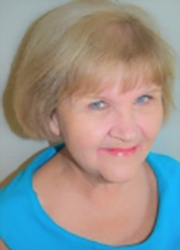 While Childs has done some stage work, her primary theatrical involvement has been as an accompanist, vocal coach and music director for school, community theatre and professional productions. Local music directing credits include Miami University, University of Dayton, LaComedia Dinner Theatre, the Carnegie, Mad Anthony Theatre Company and the Fitton Center for Creative Arts.  She has served as music director for the past 15 productions of A Christmas Carol at Cincinnati Playhouse in the Park.
Childs is proud to be on the faculty here, and is enormously proud of her former students who have gone on to pursue the arts, both professionally and as an avocation.