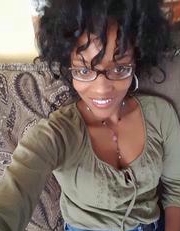 Tiffanie Clark is a Ph.D. candidate in the Department of Romance and Arabic Languages and Literature at the University of Cincinnati. Having graduated with an MA in Spanish and Latin American Studies at the University of Miami in Ohio, Tiffanie’s research interests are modernism, gender, (de) colonization, race, border, and indigeneity in poetry, prose, short stories and nonfictional essays produced in the United States and Central America. Currently she has received the Taft Dissertation Scholarship in support of her project, Central Americans in Movement: A Diasporist Revival of Poesía Comprometida in which she considers diaspora, border, and hybridity theories in order to find the continuities and discontinuities between the poetic production of Central American politically engaged poets of the twentieth century with contemporary poets of Central descent in the United States. Her recent publications are: “Ilka Oliva Corado’s Poetry of the Diaspora” and “La evolución espiritual en tres obras de Amado Nervo.” Currently, Tiffanie is an intern for the Spanish for Health and Social Work Certificate.