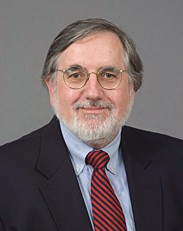 Professor Cullen received his Ph.D. in sociology and education from Columbia University in 1979.  He is a past President and Fellow of both the American Society of Criminology and of the Academy of Criminal Justice Sciences.  He was the recipient of the 2010 ASC Edwin H. Sutherland Award. From 2010 to 2014, he served on the Office of Justice Programs Science Advisory Board for the U.S. Department of Justice.  He has published more than 300 works in the areas of criminological theory, correctional policy, white-collar crime, public opinion about crime and justice, victimology, and the organization of knowledge.  His most notable books include Reaffirming Rehabilitation, Rethinking Crime and Deviance Theory, Corporate Crime Under Attack: The Ford Pinto Case and Beyond, and Unsafe in the Ivory Tower: The Sexual Victimization of College Women.  He has authored widely used texts, such as Criminological Theory: Context and Consequences, Criminological Theory: Past to Present—Essential Readings, and Correctional Theory: Context and Consequences.  His most recent works include Communities and Crime: An Enduring American Challenge and Environmental Corrections: A New Paradigm for Supervising Offenders in the Community.  In the graduate program, he continues to teach Structural Theories of Crime and Criminal Justice Research Practicum.