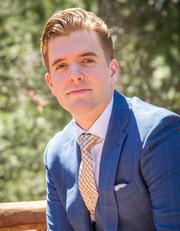 Dalton James Davis is a first-year master's student specializing in Ancient History. He graduated from Franciscan University of Steubenville in 2021 with a B.A. in Classics and History, where his undergraduate work focused on Roman numismatics. While at Franciscan University, Dalton was not only recognized as Magna Cum Laude, but he also received the Sr. M. Regina Pacis Award in Classics given periodically to a single student who has demonstrated excellence in the knowledge of the ancient Greek and Latin langauges. Dalton's research interests include ancient physique, i.e. how the ancients perceived the ideal form of man both physically and philosophically, and the foreign cultures which influenced the historical development of both Greece and Rome.

05-12-2021 -05-12-2021 Sr. M. Regina Pacis Award in Classics Sister M. Regina Award in Classics was named after the founder of the classics major at Franciscan University of Steubenville by her first graduating students. The award is given periodically to a student who has, by the senior year in the major, demonstrated excellence in the knowledge of the ancient Greek and Latin languages and of the history, literature, and ideas of these classical civilizations. Franciscan University of Steubenville Status:Recipient Level:University Type:Recognition