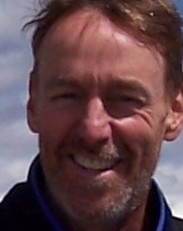 Dr. Dietsch’s research focuses on the evolution of mountain chains, crustal tectonics, petrology, and landscape evolution.  His current fieldwork areas include the Himalaya of northern India, eastern Pyrenees, the Catalan Coastal Ranges of northeastern Spain, the Appalachians, western New England, and southern California.  Current research topics include bedrock exhumation in relation to fluvial incision, geodynamics of migmatite domes, and how the generation of alluvial fans may record tectonic and climactic signals.

“…Geologists, in their all but closed conversation, inhabit scenes that no one ever saw, scenes of global sweep, gone and gone again, including seas, mountains, rivers, forests, and archipelagoes rising in volcanic violence to settle down quietly and then forever disappear — almost disappear.  If some fragment has remained in the crust somewhere and something has lifted the fragment to view, the geologist goes out with his hammer and his sandwich, his magnifying glass and his imagination [and his mass spectrometer and his ion probe], and rebuilds the archipelago.”

My research interests center on understanding the life history of mountain chains: from their inception as volcanic island arcs, for example, to their exhumation and the formation of high-elevation, Himalayan landscapes.  This career-long odyssey has led me through the realms both large and small: mesoscopic structural geology, mineralogy and mineral chemistry, regional geology, igneous and metamorphic petrology, igneous geochemistry, tectonics, 40Ar/39Ar, U-Pb, and (U-Th)/He geochronology, and tectonic geomorphology.  My principle interest is to integrate geochronology and tectonics, and more recently, tectonics and geomorphology.  I currently have field-based projects in the Himalaya of northern India, in northeastern Spain (the Catalan Coastal Ranges and the eastern Pyrenees), southern California, and in the western New England Appalachians.  In the lab, my students and I use a variety of instruments, including most recently the electron microprobe lab at the University of Massachusetts for in situ Th-U-Pb dating of monazite and the USGS/Stanford SHRIMP-RG ion probe for U-Pb dating and trace element geochemistry of zircon.

Part of my current research is focused on quantifying rates and magnitudes of landscape evolution in the Himalaya of northern India in collaboration with my colleague Lewis Owen and our students.  We are determining (U-Th)/He ages of apatite (in collaboration with Jim Spotila of Virginia Tech) along vertical transects to determine the ages and rates of recent bedrock exhumation and surface exposure ages of strath terraces using terrestrial cosmogenic nuclide dating to determine rates of fluvial incision and quantify temporal and spatial relations among rock uplift, surface uplift, and exhumation.  Our research group has on-going, funded projects in the Himalaya of northern India and western Tibet.

Another current project is testing geodynamic models of early- or pre-Variscan deformation, metamorphism, and exhumation recorded in the Catalan Coastal Ranges of northeastern Spain, southeastern France, and the Pyrenees.  The overall approach is to integrate petrologic data and thermochronology of high-grade basement gneisses and metapelites, U-Th-Pb dating of monazite, and U-Pb zircon geochronology of syn-orogenic conglomerates and a variety of intrusive rocks.  The goal of this project is to further understand the early stages of intracontinental deformation in general, and the multi-phase evolution of the Variscan Chain in southwestern Europe in particular.  I’m working in collaboration with F.J. Martinez of the Universitat Autònoma de Barcelona (UAB), Jordi Cirés, Chief Geologist of the Mapping Unit (Unitat de Cartografia Geològica) of the Institute Geològic de Cataluña, and John Aleinikoff of the USGS.

2006 University of Cincinnati Faculty Development Council -- Learning (U-Th)/He dating and applying it in the Himalaya of northern India. $605

2000 University of Cincinnati Faculty Development Council -- Learning and doing age mapping and dating of monazite on the University of Massachusetts’ electron mircoprobe. $4,445 Type:Grant

1991 University of Cincinnati, University Research Council -- Gemeni Table for separation and recovery of minerals from rocks for geochronological and geochemical research. $3,675 Type:Grant