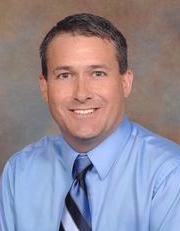 Dr. Doherty obtained his BS degree from the University of Toledo and a PharmD degree from The Ohio State University where he also completed a community pharmacy practice residency.  He is currently an as Assistant Professor of Clinical Pharmacy Practice and Director of Experiential Learning at the James L. Winkle College of Pharmacy at the University of Cincinnati (UC).  As director, he is responsible for overseeing the experiential program and coordinating the experiences in the PY4 APPE experiences.  His practice experiences include the establishment of clinical pharmacy services at the Cincinnati Health Department and the development and coordination of its diabetes education program.  He coordinates the Advocacy and Professionalism in Pharmacy elective which has worked with local legislators to introduce pharmacy legislation on immunization administration which was signed into law in 2014.  He also teaches in the therapeutics sequence of courses including men and women’s health.  Dr. Doherty has served as the APhA-ASP Chapter advisor at UC since 2000.  It has been under his guidance that the UC chapter has been recognized with several chapter and student awards including Most-Improved Chapter in 2003, Innovative Programming Awards 2004, 2015, Regional Self-Care Award 2014 and several Student Leadership and Foundation Award winners.

Bachelor of Science in Pharmacy: The University of Toledo Toledo, Ohio, 1995

Brown B, Wall A, Doherty M, Draeger R, Kelin P (07-2008. ) Providing Care to the Underserved of Cincinnati: Exposing Students to the Effects of the Burden of Illness on Our Community .AACP Annual Meeting, Chicago, Illinois. . Professional Meeting. . Level:National

02-23-2009 AACP Crystal APPLE Award The American Association of Colleges of Pharmacy (AACP) has established this award program under the APPI umbrella as an opportunity for colleges and schools of pharmacy and their pharmacy practice partners to acknowledge achieving excellence in academic-practice partnerships for exemplary experiential education. This award program recognizes the contributions of the faculty/administrators of colleges/schools of pharmacy and the pharmacist practitioner educators and administrators who are their practice partners in successfully conducting and supporting quality experiential education in exemplary patient care clinical teaching environments. Purpose of the award: To recognize the successful partnerships between academia and practice that lead to enhanced quality in practice and education; To recognize excellence in practitioners’ participation in doctor of pharmacy education by providing exemplary patient care sites that support educational outcomes of advanced practice experiences; To identify and profile exemplary patient care practices delivered by pharmacists in a variety of settings considered benchmarks of excellence in advanced clinical education programs. AACP Status:Recipient Level:National Type:Recognition

05-2008 Josephine F Staler Distinguished Alumni Award The award recognizes an alumnus who has received a professional degree from the College of Pharmacy within the past 10 years and has made outstanding contribution(s) to community or professional service. The Ohio State University Status:Recipient Level: University Type:Recognition