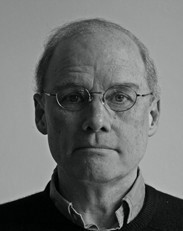 Prof. Durrill’s principal publications in American history include War of Another Kind: A Southern Community in the Great Rebellion (Oxford University Press, 1990), plus several articles and chapters on nineteenth century American social history in Varieties of Southern Religious History (2014), Nineteenth Century American History (2008), Journal of Social History (2006, 2002), Journal of Southern History (2004, 1999), Slavery and Abolition (1995, 1992), Prologue (1988), and the Journal of American History (1985). From 2000 to 2005, he also co-edited with Christopher Phillips the journal Ohio Valley History. Prof. Durrill has also published two articles on nineteenth century African history in the Journal of African History ( 2000) and the American Historical Review (1986). In 1996, he was a Fulbright professor at the University of Cape Town in South Africa. His research has been supported by fellowships and major grants from the Taft Memorial Fund at UC (2008, 1995), the Virginia Foundation for the Humanities (2006), the Spencer Foundation (1997, 1992), the Fulbright Board (1995) the National Academy of Education (1993), the American Council of Learned Societies (1990), and the Smithsonian Institution (1986). In 1997, Prof. Durrill received a University Faculty Achievement Award for Excellence in Research. And in 1984, he received the Louis Pelzer Memorial Award from the Organization of American Historicans. Prof. Durrill has recently completed a book manuscript titled: "Nat Turner and the Great Conspiracy to Attack Slavery in America."  He is currently working on a book manuscript tentatively titled "Cake Walk: An Episode in Cultural Appropriation and Racial Conflict during the Gilded Age."

Currently working on one book project:
"Cake Walk: An Episode in Race and Cultural Appropriation in America, 1870-1920"

"Political Legitimacy and Local Courts: 'Politicks at Such a Rage' in a Southern Community during Reconstruction," Journal of Southern History 70 (2004): 577-602.

"Routine of Seasons: Labour Regimes and Social Ritual in an Antebellum Plantation Community," Slavery and Abolition 16 (1995): 161-87.