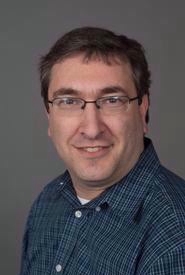 Professor Finkelstein is a historian of Jews and Judaism in the Greco-Roman world. His main research focuses on the use and function of Jews and Judaism in the works of Christians and pagans in Late Antiquity. His current book project, provisionally titled “Emperor Julian and the Jews: the Use of Jews in the Making of a Pagan Empire”, based on his doctoral dissertation, examines how Emperor Julian (361-363) triangulates Jews with Christians and pagans in order to produce a pagan empire and to delegitimize Christianity. He has also written on Pseudo-Philo and Ezekiel the Tragedian. Other academic interests include Greco-Roman history, Greco-Roman thought and law, early Christianity, biblical reception, post-colonial studies, and semiotics.  He also has two law degrees from McGill University.