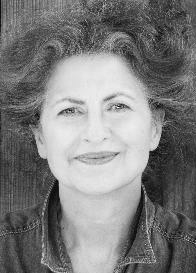 Maureen France has exhibited her photographs both nationally and internationally in more than 130 exhibitions. Her mid-career retrospective exhibition," Positively Alive: The Photographs of Maureen France" was held at the Cincinnati Art Museum in 2002. Her photographs have appeared in numerous publications, including Communication Arts Photography Annual, Photo District News, Fortune Magazine and the book Ten Thousand Eyes: ASMP's Celebration of the 150th Anniversary of Photography. France has been the recipient of grants from the Ohio Arts Council, the Cincinnati Arts Allocation Program, the University Research Council, Faculty Development Council, a Third Century Research grant and an Aid to Individual Artist grant from Summerfair. Her work is represented in corporate and museum collections, including Eastman Kodak, the Cincinnati Art Museum, the Canton Art Institute and the Library of Congress.

She worked with the UC Classics Department on two Bronze Age archaeology sites in Greece (Midea) and Cyprus (Bamboula) documenting the finds for publications and exhibitions. In 2016, France participated in an artists residency program in Raghurajpur, India and presented her work at a symposium in Bhubaneswar and a lecture at the National Institute of Design.

France has received several awards for her civic involvement, including the 1997 Just Community Award from the University of Cincinnati and the 2018 Woman of the Year Award from the Greater Cincinnati Foundation and The Enquirer for her contribution of outstanding community service. She is a Professor of Design and served 10 years as Program Chair of the Graphic Design program in DAAP at the University of Cincinnati.