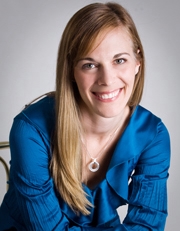 Freimuth has performed as the featured soloist with the Cincinnati Symphony, Kansas City Symphony, Overland Park Symphony (KS) and the Lakewood Symphony (CO). She has also performed as a guest principal horn with the San Francisco Symphony, Pittsburgh Symphony, Minnesota Orchestra, St. Paul Chamber Orchestra and the Saint Louis Symphony.

In 2011, Freimuth joined the Adjunct Horn faculty at CCM. From 2000-2003, she was the Adjunct Professor of Horn at the University of Missouri in Kansas City Conservatory of Music. She has also given numerous master classes and has done guest teaching at Indiana University's Jacobs School of Music, Dayton University, Ohio State University and the University of Northern Iowa. In the summer of 2009, Freimuth was a faculty member at the Interlochen Horn Institute.

Annually, she performs with the Sun Valley Summer Symphony in Sun Valley, ID and has also performed with the Grand Teton Music Festival, Sunflower Music Festival and Chatauqua Music Festival Orchestras. As a chamber musician, Freimuth is an active member in concert:nova, a Cincinnati-based chamber ensemble. She has also been a member of the Chamber Music Society of Kansas City, the principal horn of the Kansas City Chamber Orchestra and has performed with the Burning River Brass chamber ensemble.

Freimuth is a graduate and recipient of the coveted Performer's Certificate of the Eastman School of Music (B.M.) and a graduate of Rice University Shepherd School of Music (M.M.) where she studied horn with Verne Reynolds, W.Peter Kurau and William VerMeulen respectively.