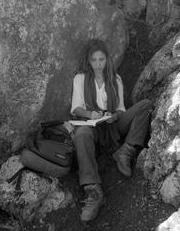 Before moving to Cincinnati, she has taught Classics in France (Amiens, Paris and Lille) and in Belgium (Brussels and Louvain) and has stayed at the universities of Heidelberg and Ca'Foscari in Venice, respectively as Humboldt postdoctoral researcher and F.M. Carinci fellow in Aegean Prehistory. She remains an associate researcher at the CNRS UMR 5133 Archéorient, Lyon; the French School at Athens; and the Aegis group, UCLouvain.

Florence has a long and extensive experience of fieldwork in Crete. Since 2017, she directs excavations in the Early Iron Age settlement, necropolis and sanctuaries of Anavlochos, in Eastern Crete, under the auspices of the French School at Athens. For this project she was awarded several grants, notably from the Institute for Aegean Prehistory (INSTAP), the INSTAP-Study Center for East Crete, the Loeb Classical Library Foundation, the American Institute of America (Richard C. MacDonald Iliad Endowment for Archaeological Research), Archéologie et Patrimoine en Méditerranée, Prix Clio and the Mediterranean Archaeological Trust. In the next few years, one of her priorities will be to complete the final publication of the results with her team. Florence is also currently involved in the excavations conducted in the Late Bronze Age settlement of Pyla-Kokkinokremos on Cyprus (UGent & UCLouvain).