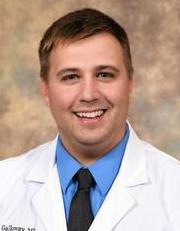 Personal Statement
I began my journey in the field of medicine without a concrete idea on what, exactly, I wanted to do for the rest of my life. I knew that I wanted to be in a position to care for and help others, but was unsure of how to accomplish that. I grew up and attended college around Huntington, West Virginia. This city is known as the epicenter of the opioid epidemic and was once infamous for being the most obese city in the United States. Throughout my life here, I have been exposed to many people suffering from a variety of illness. These experiences left me inspired, wondering if and how I could be of service to such individuals. This inspiration was deepened while working in an emergency department in Huntington as a scribe. As I began to encounter my first taste of actual medicine, I was learning just how rewarding a career in the field could be. By the end of my first year of working as scribe, I was certain: I was going to become a physician.