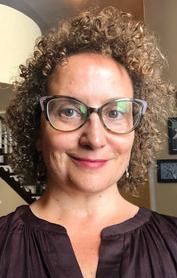 Erika Gasser researches the history of gender in colonial New England, early modern England, and the Anglo-Atlantic. Her work focuses particularly on ideas of manhood in writings about demonic possession, witchcraft, and religion from the late sixteenth century to the mid-eighteenth century. Her book, Vexed with Devils: Manhood and Witchcraft in Old and New England, was published by New York University Press in 2017. She is currently pursuing two new projects, one that examines competitive manhood among hack writers across the Atlantic world at the turn of the eighteenth century, and one that analyzes Anglo-American witchcraft-possession cases through the lens of sensory history. She teaches a range of undergraduate and graduate courses, such as "Colonial America," "Gender in Britain and North America, 1600-1850," "Witchcraft and Religion in Early America," and "Comparative Atlantic Worlds."