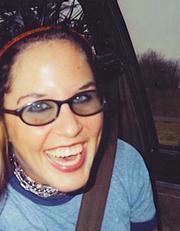 Kathleen Gish began her career at Sinclair Community College as a Post-Secondary Enrollment Option student in 1998.  From there, she pursued a Bachelor's Degree at Wright State University, from which she earned a BA in 2004.   From 2005-2007 she attended University of Kentucky, and earned her MA in 2010.  Beginning in 2007, Kathleen was an instructor at Sinclair Community College.  She has taught Introduction to Sociology, Cultural Diversity, Social Problems, Race & Ethnicity, and the Sociology of Popular Culture with an emphasis on Gastronomy.   She began the PhD. program  at University of Cincinnati in the Fall of 2013.  Her research interests include inequalities, political sociology, social movements, and the sociology of food.