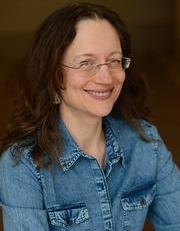 Storytelling through live performances and media is a pursuit that has taken Melissa Godoy into fascinating parts of the world and depths of the human spirit. Cincinnati Magazine recently featured Godoy about her experiences as a filmmaker and her latest documentary, “Determined: Fighting Alzheimer's,” which aired nationally on NOVA | PBS in 2022. This film, about the humanity in science, follows three women who donate their brains and body to a long-term Alzheimer’s medical study.

Before that, she was Line Producer for the 2020 Oscar-winning documentary feature “American Factory” (Netflix) by Steven Bognar and Julia Reichert and its prequel “The Last Truck” (HBO). Godoy was also Line Producer for Bognar and Reichert’s “9to5: The Story of a Movement” (Independent Lens, Netflix) and the Primetime Emmy Award-winning series “A Lion in the House” (Independent Lens/Netflix).

Cincinnati Opera lovers may be familiar with her camera work on two short documentaries “Making Morning Star” by Bognar and Reichert and “Meet John Doe,” a collaboration with CCM Opera Professor Robin Guarino. Both documentaries take viewers behind-the-scenes during the creative development of the two operas, which were workshopped in Opera Fusion: New Works. She was also a cinematographer for “Election Day” by Katy Chevigny (POV) and “Sparkle,” which was about the comeback of a dancer at the Dayton Contemporary Dance Company; and she filmed for Andrea Torrice’s “Trees in Trouble” (PBS World Channel).

Godoy’s directing includes a feature documentary about creative aging, “Do Not Go Gently,” with narrator Walter Cronkite, which aired on PBS stations for 12 years though American Public Television. One of the people in the film that she was fortunate to meet was Leo Ornstein, the godfather of modern music.

Godoy has received two Regional Emmy Awards — one of them for work on “Classical Quest” with CCM Violin Professor Kurt Sassmannshaus and the Starling Chamber Orchestra. “Classical Quest” is for younger audiences about the magic of classical music. It aired on 32 U.S. public television stations and abroad.

She has also taught as a residency artist with the Ohio Arts Council’s Arts Learning Program and as an adjunct instructor at the University of Cincinnati and Cincinnati State. At UC, she teaches The Production Masterclass at CCM and previously taught Documentary Production and Intro to Screenwriting. Godoy earned a Bachelor’s Degree in Theatre from Northwestern University, where she was in the inaugural Creative Writing for the Media program.