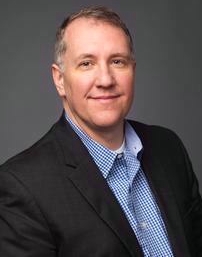 Professor Godsey is a leading scholar, attorney and activist in the Innocence Movement.
In addition to teaching Criminal Law, Evidence and other courses at UC Law, Professor Godsey co-founded and directs the Ohio Innocence Project. The OIP is recognized as one of the most active and successful Innocence Projects in the country, and to date secured the release of 27 individuals on grounds of innocence who together served more than 500 years in prison for crimes they did not commit.
Professor Godsey is also a regular commentator on issues relating to wrongful conviction in both the local and national press, and has appeared nationally on Larry King Live, Dateline NBC, CNN, ESPN, BBC, Forensic Files, and NPR among others. He is frequently quoted in papers and magazines across the country, including The New York Times, Newsweek, People and the Wall Street Journal. In 2017, Time Magazine profiled his career. His acclaimed 2017 book Blind Injustice:  A Former Prosecutor Exposes the Psychology and Politics of Wrongful Convictions is currently being made into a TV series and an opera to premiere in June 2019.
Professor Godsey and the OIP have also proposed several significant legislative reforms in Ohio, and worked tirelessly to get them passed into law. In 2010, for example, Governor Strickland signed Senate Bill 77, a law proposed and championed by the OIP that has been called "one of the most important pieces of criminal justice legislation in this state in a century," and a law that makes Ohio a "national model" on reforms to reduce and prevent the wrongful conviction of the innocent.
Professor Godsey has been a leading figure in spreading awareness of wrongful convictions around the world, and with assisting lawyers and scholars in other countries to establish mechanisms for fighting wrongful convictions. Professor Godsey has widely lectured and consulted on the subject in Asia, Africa and Europe. He helped establish the European Innocence Network, on which he currently serves as a board member. The Center for the Global Study of Wrongful Conviction that Godsey directs, a sub-component of the OIP, sponsors an international innocence conference in a different country each year, having thus far sponsored conferences in China, Italy, Ireland and the Czech Republic.
Professor Godsey graduated from the Moritz College of Law at The Ohio State University and then clerked for Chief Judge Monroe G. McKay of the U.S. Court of Appeals for the Tenth Circuit in Salt Lake City, Utah. He then practiced civil litigation and white collar-criminal defense at Jones, Day, Reavis and Pogue in Chicago and New York City.
Next, Professor Godsey joined the Department of Justice as an Assistant United States Attorney (AUSA) for the Southern District of New York, where he prosecuted federal crimes ranging from political corruption to hijacking to organized crime. He received several awards for his performance as an AUSA, including the Director's Award for Superior Performance, presented to him by then Attorney General Janet Reno.