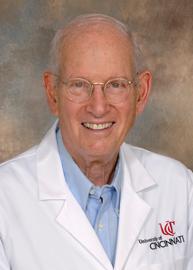 Research in my lab is focused on understanding the mechanisms by which neurons regulate synaptic strength. These processes are thought to provide the basis for learning and memory. In particular, we are interested in how neurons decode cytoplasmic calcium oscillations that are associated with the long term potentiation of synaptic signaling.

Learning and memory are a result of changes in the efficiency with which neurons are able to communicate with each other at structures called synapses. Over the past 2-3 decades we have learned that the strength of synapses can be increased as a result of mental activity and that such increases are often required for memory. One of the most active areas in modern neuroscience research is trying to understand at the cellular and molecular level just what causes the increased synaptic strength and how it can last for hours, days, weeks or even years. It is known that specific signaling molecules within neurons, such as calcium and cyclic AMP, must be elevated. And some of the enzymes that are affected by these signals have been identified. In my lab we are studying neurons which organize themselves into networks and which then spontaneously undergo synchronized calcium oscillations.  We have asked (and largely answered) questions about why the cells exhibit calcium oscillations and why the oscillations are synchronized. Now we are asking whether these oscillations control synaptic strength and whether they do so in a frequency dependent manner. We hope that these studies will help us understand at a fundamental level how we learn and remember and why these processes often decline as we grow older.

French, D A; Gruenstein, E I (2006. ) An integrate-and-fire model for synchronized bursting in a network of cultured cortical neurons. Journal of computational neuroscience, , 21 (3 ) ,227-41