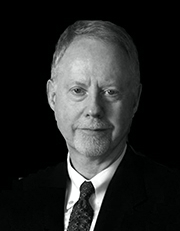 Terry Grundy is adjunct associate professor of community planning in the School of Planning at the University of Cincinnati, lecturer in the UC Department of Political Science and affiliated faculty in the UC Honors program.  He was for many years director of community impact at United Way of Greater Cincinnati where he oversaw United Way’s investments in community development and its social research efforts, including publication of United Way’s semi-annual community indicators report, The State of the Community.  He is a faculty member of the Asset-Based Community Development Institute at Northwestern University.

Grundy has long been associated with the “Urbanist” approach to bringing vitality back to older American cities and, in 2001, convened area philanthropists and civic activists to put Urbanist principles to work in Cincinnati.  In recognition of his work in this area, he has been named Resident Urbanist at the Niehoff Urban Studio of the University of Cincinnati.
He is a Fellow of the Royal Society of Arts in the United Kingdom and is founder or co-founder of the Community Building Institute, the Community Research Collaborative, the Greater Cincinnati Microenterprise Initiative, place matters (a comprehensive community development initiative in five Greater Cincinnati neighborhoods), Community Investment Partners, the Greater Cincinnati Housing Alliance, and several others.

Grundy is a member of the University Club of Cincinnati, the Mercantile Library of Cincinnati, the English-Speaking Unions of the U.S. and the Commonwealth, the Royal Over-Seas League (London and Edinburgh), the Victory Services Club of London, and the Cambridge Union Society.