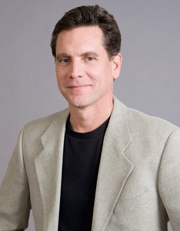 Thomas Haines is a Professor in the new Commercial Music Production Program in the College-Conservatory of Music (CCM) at the University of Cincinnati and faculty emeritus at the Aspen Music Festival and School from1999-2011 where he served as the Founding Director Schumann Film Scoring Program and Director of the Audio Recording Institute. As a recording engineer and producer, he has extensive experience in orchestral, chamber recording and electronic/acoustic music productions for record labels such as Naxos, Clavier, New Albion, Centaur, and Mode (among others). His students have received regional and national industry awards (Golden Reel and Emmy) and are found working in studios as composers, recording engineers and web specialists throughout the US.

Haines remains active composer and performer - writing, performing and producing music for independent films, video, and multimedia productions. He has held board positions (AES and MEIEA) and given over twenty conference presentations at national and international conferences (AES, MEIEA, NAB, BEA, ASRAP, EDUCAUSE and others.) Topics include; Film Scoring, Multichannel Audio Dramas, Pedagogical Importance of Student Portfolios and Sound for Picture in the New Millennium Music Industry Web Development for Artists, to name a few. He is an Apple Logic Pro certified pro trainer and was commissioned him to compose a short orchestral film score using Logic Pro for the Telluride Film Festival in 2006. He has twice been named CCM Teacher of the Year.