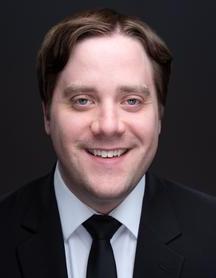 His current project, Uplifting Unheard Voices, amplifies the words of refugees by setting them in a new vocal-orchestral symphony. By amplifying these words, he hopes to motivate listeners to work to end the conflicts refugees flee. With support from the Presser Foundation’s Graduate Music Award, Martin travelled to Rome and interviewed refugees from the Middle East and Africa, facilitated by refugee agencies and guidance from the Vatican.

Martin’s portfolio includes instrumental and vocal chamber music, orchestral and wind ensemble works, and multimedia compositions involving video projection and electronics, as well as collaborations with other artists. With discography published by Ablaze Records and Centaur Records, he has collaborated with ensembles across the U.S. and Europe, including the Columbus Symphony in Ohio, Riverside Symphony in NYC, and Filharmonie Brno in the Czech Republic. He currently serves as Executive Director of the multimedia arts collective Evoke.