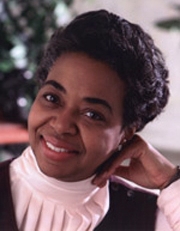 Mary Henderson Stucky studied with Julius Huehn and Helen Boatwright and she coached with Elly Ameling and Hugues Cuenod. She received the University of Rochester/University of Cologne Exchange Fellowship and a Fulbright Travel Grant in 1972. Her European recital debut was at Bordeaux, France in 1973. She sang over thirty operatic roles at Rochester's 'Opera Under the Stars,' Chautauqua, Opera South, Hagen and Oldenburg (Germany), Bern (Switzerland), Ghent (Belgium). Furthermore, she recorded songs for Deutshlandfunk, Hessische Rundfunk, S.C. ETV and Centaur Records. As a soloist she performed at Piccolo Spoleto Festival in Charleston, St. Louis New Music Circle, St. Louis Symphony's 'On Stage Series,' and the Dame Myra Hess Concert Series in Chicago. From 1982-1990 she was the artist-in-residence in voice at Washington University in St. Louis.

She taught voice at the St. Louis Conservatory of Music from 1985-1990 and was an instructor at Syracuse University and L'École Hindemith in Switzerland. Since 1990 she has been the associate director of the Institute for Advanced Vocal Studies in France.