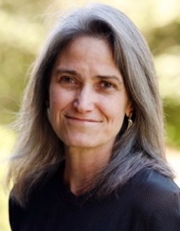 Professor Hubbard teaches in the areas of disability law, employment discrimination law, and contracts and has written and spoken extensively on disability law issues.  Prior to joining the College of Law faculty in 2005, she was an associate law professor at the University of North Carolina-Chapel Hill.
Before beginning her academic career, she was an assistant to the United States Solicitor General where she was involved in the federal government's Supreme Court litigation on various topics. In addition to her service in the judicial and executive branches of government, she worked in both houses of Congress, including serving as issues director and speechwriter for U.S. Senator Terry Sanford.
After graduating from Duke University School of Law, Professor Hubbard clerked for Judge Patricia M. Wald, United States Court of Appeals for the District of Columbia Circuit (1992-93) where her work primarily involved reviewing administrative law decisions. As a law clerk to U.S. Supreme Court Justice Harry A. Blackmun (1993-94), Professor Hubbard reviewed and evaluated hundreds of petitions for certiorari and drafted memoranda and opinions on civil, criminal, and regulatory matters.