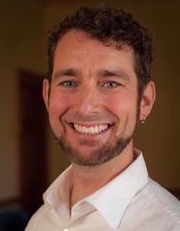 Prior to that, Hughes was the Art Director for both CityBeat newspaper and The Sondheim Review national magazine. While at CityBeat he won over 20 local, state and national awards for photography, web and graphic design from Ohio and Cincinnati Society of Professional Journalists, Cleveland Press Club, Association of Alternative Newspapers (AAN) and AWN, including two-time Ohio SPJ's Designer of the Year (2004 and 2006).

His photojournalism and documentary work runs the gamut: from NCAA basketball finals to extensive documentary studies in Cuba and India; coverage of medical teams in Oaxaca, Mexico; an official photographer for the Bunbury Music Festival; and numerous magazine features. He also served as the director of photography for the first-ever U.S.-held World Choir Games in 2012. Hughes was also one of six photographers chosen state-wide to create a “re-photographic” survey of Ohio sites documented as part of President Roosevelt’s New Deal in the 1930s, through the Farm Security Administration (FSA). The project was organized by the Ohio Humanities Council with support from the National Endowment for the Arts. The photo survey is now a touring exhibit, with a featured exhibit as part of the FotoFocus Biennial in 2012: Images of the Great Depression: A Documentary Portrait of Ohio 1935-2010.

2009 -To Present Photographer (one of eight chosen in the State of Ohio), Work for Ohio Humanities Council, using the FSA photographic record as a starting point for a statewide project to commemorate the 75th anniversary of New Deal activities in Ohio. The FSA photographs deserve a larger audience – and a more critical evaluation – and can be used as tools to explore and enunciate a richer portrait of Ohio during the years 1929-1941. This multi-year project includes: A rephotographic survey of the locations featured in the FSA photographs; Oral history collection; Physical and virtual exhibits; K-12 curriculum components and teacher institutes; A speakers bureau; Publications; and Requests for proposals for other public programs on the topic., Ohio Humanities Council, Columbus, OH

2012 -2012 Director of Photography, Coordinated over 50 photographers to document the 2012 World Choir Games for online and print publications around the world and for a coffee table-style book.,

A Journey to India: Everyday Life and Traditions

A Journey to India: Everyday Life and Traditions