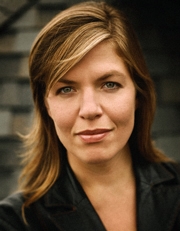 Sharon Huizinga has been a Lighting Designer and Programmer for over 15 years, working around the world and in many genres, from theatre and live music to corporate events and television.

US Selected: Multiple lighting and projection designs for University of Wyoming, Asst. Professor of Lighting and Projection Design for University of Wyoming’s department of Theatre and Dance. Lighting Design for Macbeth Ghost on Fire, Merry Wives of Windsor and Sweet Love Adieu for the Oberon Theatre Ensemble in New York. Lighting Programmer for Shrek, the Musical (Broadway and national tour), Nerds, a Musical Software Satire (Philadelphia), Ditty Doodle Works Pajama Party Live (National Tour) and the GM booth at the NY Auto Show. Lighting Director for the Home States Ball at the 2009 Presidential Inauguration (Washington DC).

Canada Selected: Lighting Designer for the world premier of Khaos, the Opera, Lighting Director for the Cultural Olympiad of the 2010 Winter Olympic Games, Lighting Programmer for the 2010 Paralympic Games Opening Ceremonies, multiple lighting designs for The Globe Theatre in Regina, Studio 58, Intermuses Productions, and The Richmond Gateway Theatre, all in Vancouver. She has also designed lighting for I am My Own Wife (Belfry Theatre, Victoria), Cymbeline (Bard on the Beach, Vancouver), and for Ali and Ali and the Axes of Evil (Neworld/Cahoots Theatre, Vancouver/Toronto), the closing production of the 2005 Canada Games in Regina, and co-designed lighting (with Mike Johnston) for MTV Select.

Huizinga is a certified Jivamukti yoga teacher and a firm believer in the tiny house movement. She believes that the entertainment world is really fun most of the time.