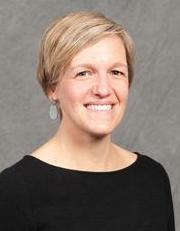 Sarah Jackson is an anthropological archaeologist with a research focus on ancient Mesoamerica, and particularly Classic Maya culture. She received the PhD from Harvard University in 2005, and held positions at the University of New Hampshire and the University of Toronto before joining the Department of Anthropology at the University of Cincinnati in 2008. She currently serves as Division Dean for Social Sciences in the College of Arts and Sciences at UC, working with the departments of Africana Studies, Anthropology, Communication, Journalism, Political Science, Sociology, and Women's, Gender, and Sexuality Studies.

Her broad thematic and theoretical research interests include: materiality (including the ways in which the material world is used to mediate social interactions and identities, and culturally-based visions of the material world), investigations into ancient identities, ancient ontologies, personhood (including non-human persons), indigenous political organization, and negotiation of culture change.  Methodologically, she works at the intersection of text and the material record. She is particularly interested in bringing together theoretical ideas with archaeological field practices.

Dr. Jackson focuses on theoretical topics related to materiality and material culture. She is working on reconstructing aspects of a Classic Maya material worldview (i.e., how they understood and saw the materials around them, including the capabilities and identities of objects) using data from hieroglyphic and iconographic sources; this work has an applied aspect, in that she is investigating how an understanding of indigenous material perspectives might impact and transform archaeological field practices. These topics, along with an innovative digital field recording system that unites archaeological and Maya views on material culture, are also explored in the field at the site of Say Kah, Belize. Recent publications on these topics have appeared in The Journal of Archaeological Method and Theory (2016), Advances in Archaeological Practice (2016), Ancient Mesoamerica (2019), and Cambridge Archaeological Journal (2020). Dr. Jackson is also currently teaming with the Digital Scholarship Center at UC to work on a big data project related to analysis of archaeological publications to illuminate implicit archaeological narratives about artifacts and excavated materials, turning her interest in culturally-specific material beliefs onto our own profession.

She co-directs an archaeological projects at the ancient Maya site of Say Kah, just outside of La Milpa, Belize, where she has excavated in 2009, 2011, 2015, 2017, and 2018 together with Dr. Linda Brown (University of New Mexico, project co-director) and graduate and undergraduate students from UC, with funding from Wenner-Gren, National Geographic Society/Waitt, National Geographic Society (CRE), the American Philosophical Society, the Brennan Foundation, the Rust Family Foundation, and the Taft Research Center (University of Cincinnati).

Her doctoral work looked at the Late Classic Maya royal court as a critical political institution for disseminating shifting cultural ideals and responding strategically to changing pressures of the Late Classic era; as part of this research, she conducted excavations at the Maya sites of Piedras Negras and Cancuen in Guatemala, and also analyzed Classic-era hieroglyphic texts and historical linguistic information from the early Colonial era. This research is discussed in detail in her first book, "Politics of the Maya Court: Hierarchy and Change in the Late Classic Period" (University of Oklahoma Press), which was published in 2013.

PDFs of publications available at:
https://uc.academia.edu/SarahEJackson

ANTH 2075 - The Anthropology of Hipsters (with Dr. Sadre-Orafai)