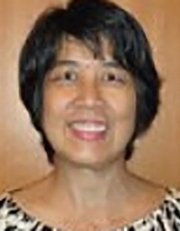 An advocate of vocal chamber music and women composers, Jeng performs with various chamber ensembles and regularly with Trio Lyrique, a voice-flute-piano ensemble she co-founded in 2004. She also co-founded the Clermont Festival Chorale in 2006 and served as its director and conductor. Jeng has been a chorus member with the Cincinnati Opera, Sorg Opera (Ohio), Cleveland Orchestra Chorus and Nashville Symphony Chorus (Tenn.). She has appeared in concerts in Austria, France, Italy, Hungary, Switzerland, the United States and Taiwan.

Jeng teaches studio voice and at an area retirement home also teaches music appreciation. She has coached the chamber music class and led a satellite choir of the Cincinnati Children's Choir, Ensemble-in-Residence at the University of Cincinnati College-Conservatory of Music Preparatory Department.

In summer, Jeng is on the faculty at the Orfeo Music Festival in Vipiteno/Sterzing, Italy and the International Chamber Music Courses and Festival in Positano, Italy, where she also performs. She is also co-launching IMPACT, a new summer program in Taiwan in summer of 2012. Almost all of her high school students are members of the prestigious May Festival Youth Chorus and Cincinnati Children’s Choir through audition; both choirs perform with the Cincinnati Symphony Orchestra, Cincinnati Opera, May Festival Chorus and University of Cincinnati CCM Mainstage Operas. Her students often receive awards from competitions and festivals and many have been awarded scholarships to study at prestigious schools of music such as Indiana University Jacobs School of Music, University of Cincinnati College-Conservatory of Music, Ohio State University, Ohio University, Temple University, among others.