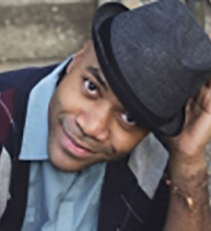 Over the last 15 years, Julius Jenkins has focused his attention on all the major street dance styles, starting with Breaking (breakdance) then moving to Popping, Locking, House and Krump. His preferred style is Popping and specifically Robotic Animation. Jenkins trained directly from the originators of these styles and their students. In the battle (competition) world, he became known for his hard-hitting aggressive style of popping. In recent years, he has stepped away from competition to perform more regularly, first with the performance group 20/Twenty Cru and eventually The Millennium Robots of which he is the founder. He has opened for and performed with various International acts such as KRS-One, Lupe Fiasco, Rusko, Flux Pavilion, MrCarmack, Troi Boy and Black Thought of The Roots. Locally, The Millennium Robots is well known with numerous annual performances at festivals and concert venues. Television appearances include City Lights, Living Dayton and Good Morning America. Jenkins was featured at the Cincinnati Ballet New Works 2014 project where audiences had the opportunity to view his mechanical style up close! He has created choreography in multiple high profile classical collaborations, most notably Concert Nova: Alleged Dances of 2015 with MyCincinnati at HipArt2016 and Luminosity 2016. Jenkins has also created Cincinnati’s No.1 street dance event called Heroes Rise. This event brings street style dancers from around the country to compete against local talent. From competing to judging and now teaching, he's quickly becoming a force in the street culture community. His current goal is to bring true street dance culture back to light in the Cincinnati area. He is working closely with various organizations to achieve this goal.